The Journal of Transnational American Studies (JTAS) is a peer-reviewed online journal that seeks to broaden the interdisciplinary study of American cultures in a transnational context. Founded in 2009 by Shelley Fisher Fishkin, Shirley Geok-lin Lim, Takayuki Tatsumi, and Alfred Hornung, JTAS functions as an open-access forum for Americanists in the global academic community, where scholars are increasingly interrogating borders both within and outside the nation and focusing on the multiple intersections and exchanges that flow across those borders. JTAS is a new critical conduit that seeks to bring together innovative transnational work from diverse but often disconnected sites in the US and abroad.

JTAS is indexed in:

The Library of Congress has selected JTAS as one of a handful of online journals to be housed in the Library's permanent archive of electronic publications.

JTAS is published by the University of California Digital Library.

This special forum on The Molecular Intimacies of Empire edited by Hsuan L. Hsu and David Vázquez seeks to deepen intellectual connections between New Materialist scholarship (including in environmental humanities, Science and Technology Studies, and material feminism) and Transnational American Studies by attending to US neo/imperialism's reliance on racialized and uneven molecular intimacies. Essays by Suzanne Bost, Marcel Brousseau, Athia Choudhury, Amber Hickey, Rachel Lee, Zaynab Quadri, Aiko Takeuchi-Demirci, Theresa Ventura, plus "The Materials of Art and the Legacies of Colonization: A Conversation with Beatrice Glow and Sandy Rodriguez," by Hsuan L. Hsu and David Vázquez.

Details from the archive: CFP

Congratulations to Padraig Kirwan (Senior Lecturer, Goldsmiths, University of London), for the prize-winning essay, “Recognition, Resilience, and Relief: The Meaning of Gift,” which was chosen as the winner of the Shelley Fisher Fishkin Prize for International Scholarship in Transnational American Studies for 2021. Dr. Kirwan's essay on the transatlantic bonds forged by a gift made by the Choctaw nation to the Irish during the potato famine is part of the volume Famine Pots: The Choctaw Irish Gift Exchange 1847-Present, edited by LeAnne Howe and Padraig Kirwan (Michigan State University Press, 2020), and the journal looks forward to sharing an excerpt from Dr. Kirwan's work in an upcoming issue. 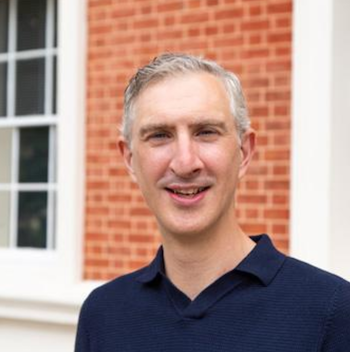 We are proud to publish a new essay by Kevin K. Gaines, "Reflections on Ben Okri, Goenawan Mohamad, and the 2020 Global Uprisings," in a special section responding to the year of uprisings sparked by the death of George Floyd at the hands of Minneapolis police. Gaines's essay is accompanied by commentary by Nigerian novelist and poet Ben Okri and Jakarta-based editor and writer Goenawan Mohamad. We are also pleased to present an excerpt courtesy of Rutgers University Press from the Shelley Fisher Fishkin 2020 Prize, this year awarded to Christopher B. Patterson of the Institute for Gender, Race, Sexuality and Social Justice at the University of British Columbia. Finally, as always, the journal is publishing original research by new and established scholars under the editorship of Alfred Hornung: 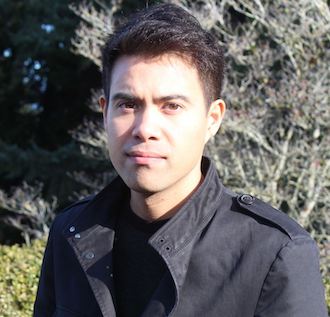 JTAS congratulates Dr. Christopher Patterson, 2020 winner of the Shelley Fisher Fishkin Prize for International Scholarship in Transnational American Studies. Dr. Patterson, who teaches and researches transpacific discourses on literature, queer theory, race, and empire, is Assistant Professor at the Social Justice Institute of the University of British Columbia, Canada. We are excited to offer an excerpt of the awardwinning monograph, reprinted by permission of Rutgers University Press. Read the excerpt here or visit Rutgers UP for details about the book.

This JTAS special forum proposes using the insights and perspectives of medical humanities and transnational American studies to theorize each other in reimagining differing concepts of life: How do medical narratives contain or seek to contain migrants who are "unruly subjects"? What does listening to migrant experience reveal about state categories of those "deserving"/"undeserving" of medical care? How can the approach of transnational American studies bring social justice issues of racialized border-crossing experiences and migrant trauma into conversation with the focus of medical humanities on health and well-being, both personal and collective? The editors invite 250-word abstracts by Nov. 1, 2021. 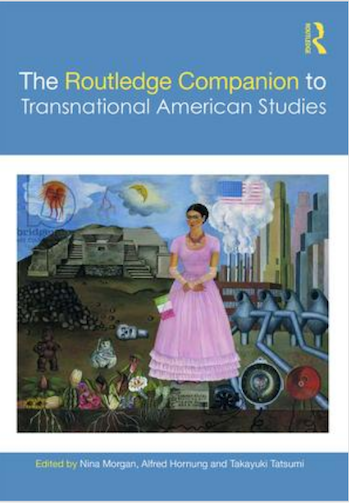 Read an excerpt from The Chinese and the Iron Road: Building the Transcontinental Railroad (Stanford University Press, 2019) in our current Winter/Spring issue of JTAS.

"This landmark volume shines new light on the Chinese railroad workers and their place in cultural memory. The Chinese and the Iron Road illuminates more fully than ever before the interconnected economies of China and the US, how immigration across the Pacific changed both nations, the dynamics of the racism the workers encountered, the conditions under which they labored, and their role in shaping both the history of the railroad and the development of the American West."

Abstracts and Table of Contents here

HIGHLIGHTS   In their Special Forum on Transnational Nuclear Imperialisms, editors Anaïs Maurer and Rebecca H. Hogue and their contributors map linkages between nuclear futures and older imperial formations while also remaining attentive to Indigenous critiques and environmental racism in the Pacific Islands and mainland USA. Essays by Fiona Amundsen and Sylvia Frain, Aimee Bahng, Kyoko Matsunaga, George Gregory Rozsa, and Jessica A. Schwartz, and introduction by Anaïs Maurer and Rebecca H. Hogue. A symposium on teaching United States history edited by Elaine S. Abelson and Daniel P. Kotzin offers reflections on various ways Thomas Bender's transnationalizing approach to US history has been taken up by five of his former graduate students. Essays by Marc Aronson, John S. Baick, Tracy Neumann, Greg Robinson, and Andie Tucher. Don't miss the excerpts from exciting new publications introduced and contextualized by Jennifer A. Reimer in Forward; and classic excerpts by Brian Russell Roberts in Reprise, asking what the field looks like through a critical geography lens attentive to race. Opening the issue is a vital set of short essays on Covid-19 edited by Aiko Takeuchi-Demirci in response to an idea by Shirley Geok-lin Lim. Essays by Douglas B. Craig, David Goodman, Perin Gürel, and Wen Liu, and an introduction by Aiko Takeuchi-Demirci.

We are excited that the latest issue of the Journal of Transnational American Studies includes work by David Bradley, novelist and co-editor of the Encyclopedia of Civil Rights in America, as well as by several historians such as Teishan A. Latner on the FBI as unwitting archivist of Cuba-solidarity activism, Westenley Alcenat on the understudied topic of African American emigration in the revolutionary Atlantic, Greg Robinson on the soft power diplomacy of Eleanor Roosevelt, as well as articles by Nir Evron on Israel’s past and future engagements with America as concept and model of liberal thought, Eric D. Larson on how Puerto Rican activists in Boston advanced the cause of independence for Puerto Rico while also lending the struggle in Puerto Rico an American slant, Begoña Simal-González on the aporia of transnational American studies, José Liste-Noya’s exploration of the affiliations between transnationalism and the transglobal imaginary found in the science fiction of Samuel R. Delany, a JTAS special forum on American literature and globalization, as well as excerpts from recent books by Takayuki Tatsumi, Aiko Takeuchi-Demirci, Claudia Sadowski-Smith, Ana Raquel Minian, and others.

Call for Papers: Teaching and Theorizing American Studies Around the Globe

What would American Studies look like if the transnational rather than the national were at its center? Since Shelley Fisher Fishkin first challenged us with this question in 2004, scholars in the US and around the globe have redefined the field imaginary, object of study, and methodology of TAS. Transpacific Studies has theorized US empire-building, military intervention, and economic expansion as an extension of the conquest of the Americas  but also promoted decolonization and advocated Indigenous epistemologies in the South Pacific and the Asia Pacific. It is time we shift our attention to how such critical articulations play out in our pedagogy and teaching practices around the globe. If American Studies was a Cold War product, how have US government-funded programs, centers, and journals worldwide impacted and continued to impact our teaching? How do we relate critical issues in American Studies such as race, gender, class, citizenship, migration and border-crossing to colleagues and students around the world?

Thank you to all who submitted proposals. Call now closed. Download CFP.