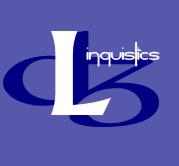 WPP, No. 105: The Interaction between Spontaneous Imitation and Linguistic Knowledge