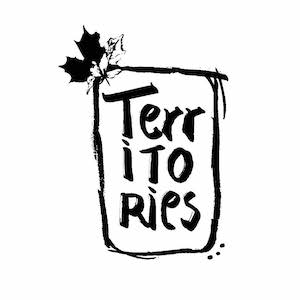 This issue seeks to discuss in a broad and transdisciplinary manner the disciplines of gastronomy and diplomacy. This could include, but is not limited to, social transformation, urban rehabilitation, ethical innovation, or literary collective imagination. The issue seeks to establish different communicative registers among scholars and researchers with food-studies interests that come from diverse disciplinary backgrounds that do not or have not always been in conversation.

To date, there has been a great deal of research that has linked, in one way or another, food, cuisine and/or gastronomy with diplomacy (Rockower 2012, 2020; Chapple-Sokol, 2013; Pujayanti, 2017). Apart from creating innovative knowledge about the technical practice of cooking, gastronomy also has an endless capacity to create bridges between cultures. Coined gastrodiplomacy, these studies have also investigated, among other things, the connections between food and politics, such as state- and nation-building and nation-branding processes. When discussing the use of food in traditional diplomacy to provide lavish feasts for diplomats or when food serves as a way to attract international attentions and “reaching hearts and minds through stomachs,” it does so as part of the public diplomatic strategies of states to gain soft power. It is within this scope that emerging inquiry into gastrodiplomacy gains traction as a noteworthy rhetorical asset for public policies, stakeholders, institutions, and organizations with a social aim. In reverse, diplomacy uses its agency to shine light on the shared experience of food, which on the global stage has been elevated to a highly aesthetic level. It is in the intersection of both—between diplomatic arts and culinary aesthetics—that the message arrives.

By assessing food in its broadest intellectual and nutritional sense, deployed as a kind of diplomatic envoy, some previously static issues might develop new answers, such as the capacity to transcend the state-centric perspective of diplomacy, or the simplistic and oft-anecdotal treatment of gastronomy—or even capture the humanistic aspiration of the former and the (re)productive capacities of communities in the latter. In so doing, gastrodiplomacy seeks to explore ways of mediating estrangement, “labor of differences” (Conway 2019), and/or ways living together in relation to others that emerge in and among mundane and everyday spaces, practices, and interactions. Likewise, while not ignoring the power relations that revolve around traditional diplomacy as a tool of hard/soft power and reflection on exclusionary international structures, gastrodiplomacy has the power to open extra-diplomatic dialogue within systems of capitalist production and consumption. To the degree that that it relies on ingredients to manifest the culinary dimension of diplomatic conversation, gastrodiplomacy opens a pathway to soft discussion about the origins (both materially and culturally) of meals that are necessarily tied to access to world markets, talents, and local knowledge—all potent points of departure for any future negotiation.

Consequently, this issue welcomes contributions stemming from any of the following disciplines or those that work between them:

Subject matter might address any of the following questions, or address one not included, at any level of detail:

More traditional essays should be between 6,000 and 8,000 words (inclusive of notes and bibliographic information). In addition to article-length pieces, Territoriesis interested in accepting a selection of shorter, incisive, polemical, and/or suggestive pieces between 1,500 and 3,000 words for a section that seeks to open up new questions in this discussion. Formatting and submission guidelines are found on the Territories website.Co-authored pieces are accepted.Questions may be sent to the editors directly.

Please submit your proposal and short bio(s) via e-mail to the Special Issues Editor (thertweck@umassd.edu) with the subject line “Territories Gastrodiplomacy Issue” by the above deadline. The final submission of papers will be done via the Territorieswebsite.Editors are willing and pleased to discuss materials with contributors between acceptance of their proposal and the final submission.Territoriesis a peer-reviewed open-access journal published by the University of California’s eScholarship initiative. Final submissions will proceed through the usual peer-review process. Acceptance of a proposal is not a guarantee of publication; however, the editors are aware of the many challenges authors have faced historically in traditional publication venues and are eager to work with contributors on revisions for resubmission toward publication.